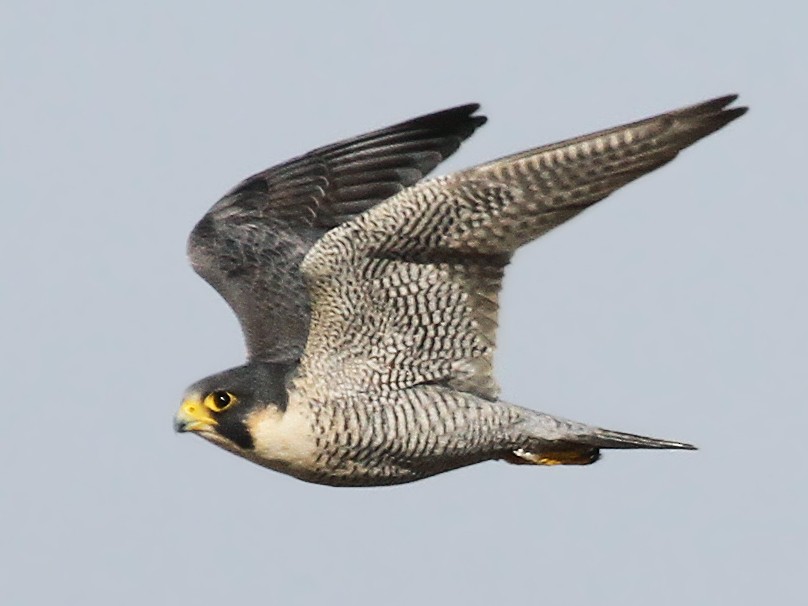 Though humans love to assign superlatives—smartest, fastest, strongest—to the creatures of the animal kingdom, those attributes are, in practice, pretty difficult to measure. There are stories of sailfish traveling at 68 mph, for example; scientists have determined that anything faster than 33 mph is likely impossible and would lead to “destructive consequences for fin tissues.” Record breaking numbers might be inflated by everything from high wind speeds to inaccurate methodology—not to mention the difficulty of determining the top speed of animals that may or may not be going full out when measured, or the lack of measuring all animals all the time (which means that there still might be record breakers out there). But of the measurements that have been done—and with those caveats in mind—scientists have determined that these creatures are good candidates for the fastest animals on Earth.

According to recent research, the black wildebeest has unusual muscle fibers that allow it to run at high speeds for long distances. It’s thought that the springbok—which is related to the wildebeest—may also have these fibers, which allows them to escape predators on the African Savannah.

The pronghorn is frequently cited as the second fastest land animal on Earth. Researchers proposed they could run at around 60 mph. Other observations have put pronghorns running almost seven miles in just 10 minutes, which works out to 40 mph.

This little critter can travel at 61 mph for short distances during mating dives. That fact alone is impressive, but this hummingbird is a good candidate for fastest vertebrate by body lengths per second. It can reach speeds of 385 body lengths per second (that figure doesn’t factor in the avian’s .59-inch bill; factoring that in reduces the speed to around 320 bl/s). By comparison, the space shuttle reentering the atmosphere travels at around 207 bl/s. For a blue whale to match this hummingbird’s relative speed, it would have to circle the entire planet in about an hour.

The top speed of a cheetah is extremely difficult to determine. One of the fastest reliable records was obtained by a conservationist and the cheetah he’d raised. He attached some meat behind his vehicle and took off, and the cat gave chase, clocking approximately 64 mph over the trials. Meanwhile, a cheetah managed 61 mph. But these numbers aren’t indicative of wild cheetah speed: When scientists put GPS collars on wild cheetahs, they found that although one reached 59 mph, the average top speed was just 33 mph, because it’s easier to maneuver at slower speeds.

Many sources claim that the fastest bird in level flight is the white-throated needletail, sometimes called the spine-tailed swift. But there’s no evidence for the methodology behind determining the record, so it’s rarely considered valid. So this spot belongs to another swift: One specimen of common swift was observed flying at almost 70 mph.

The official Guinness World Record for fastest bird in level flight, however, doesn’t go to the common swift. It goes to the gray-headed albatross, specifically one gray-headed albatross that got caught in an Antarctic storm. The paper detailing this record holder explained that “typical air speed of small albatrosses flying with a tail wind is [20±9 miles per hour], that speed being relatively constant with increasing wind force” and noted that the bird seemed to have a 40 to 50 mph tailwind.

An entomologist attempted to recreate the mating behavior of the Hybomitra hinei wrighti horsefly. Males of this species chase and catch the females, and together they fall to the ground. To simulate this, the researcher fired a plastic pellet from an air rifle; the male horsefly chased the pellet, reaching speeds of at least 90 mph. Since then, little research has been done on the subject, and the result is noted as being “a noteworthy record” in “the unrefereed literature.”

According to a paper, all seven of the Brazilian free-tailed bats studied traveled faster than 55 mph. Five hit almost 70 mph and one flew 100 miles per hour, making it potentially the fastest flying animal in the world. Some scientists were skeptical of the record, however, saying that the bats may have had gravity or wind assists, but the authors of the study expressed confidence in their results.

It’s often said that the peregrine falcon can fly around 200 mph, which isn’t the entire story. In level flight, the peregrine falcon is usually thought to max out at 40 to 60 mph—fast, but not ridiculously so. It reaches its top speed by falling in a specialized hunting dive called a stoop.

(This may seem like a bit of a cheat—extreme human skydivers can go considerably faster, and if diving speed for all other creatures were counted, this list would be almost entirely birds. A paper looked at several dive speeds of just passerine birds and found a barn swallow that dived at 117 mph, a yellow wagtail diving at 118, and a pied flycatcher diving at 120 mph.)

There was suspicion of this top speed. Some researchers pegged the birds at a more reasonable stoop speed of 90 miles per hour. A researcher began skydiving with a peregrine falcon. Together they were diving at speeds well in excess of 200 mph. But because this is a dive, the title of fastest animal on Earth is still open to debate.