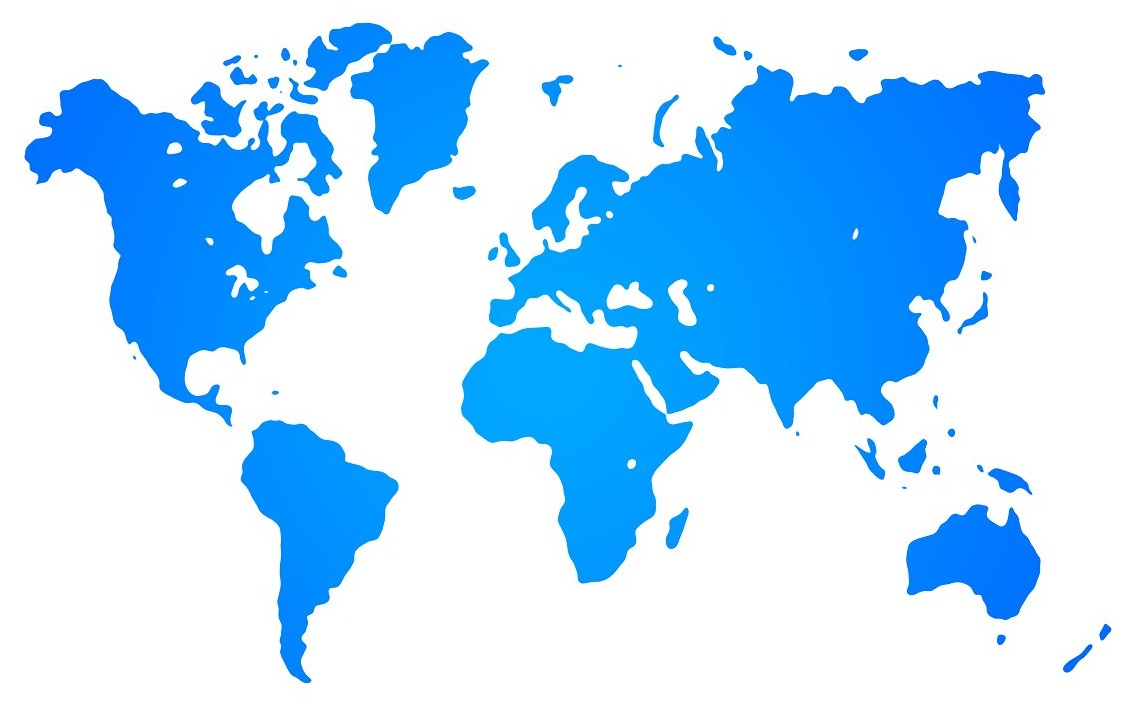 Most of us have a rough map of the world in our minds that we use any time we think about places. But these mental maps aren’t necessarily reliable. In fact, many of the maps in our heads share the same errors, some of which are quite large—and surprisingly resistant to correction.

For instance, we all know that South America is south of North America, of course. But you may be surprised by the fact that virtually the entire South American continent is east of Florida. There are lots of possible reasons for geographical misconceptions like this one. Mental maps are necessarily simplifications, the misplaced Americas may be partly a result of their names. After all, it’s not called Southeast America.

Another commonly misplaced continent is Africa. North Americans tend to think of Africa as a located almost entirely in the southern hemisphere, similar to South America. But in reality, around two-thirds of Africa is north of the equator. Africa actually extends northward to about the same latitude as Norfolk, Virginia.

Europe is also often placed much farther south on mental maps than it really is, appearing directly across the Atlantic from the contiguous United States. But it actually lines up better with Canada: Paris is further north than Montreal, Barcelona is at a similar latitude as Chicago, and Venice lines up with Portland, Oregon.

the climate might play a role in this misconception. Western Europe is relatively warm for its latitude thanks to the Gulf Stream, which brings warmer water from the Gulf of Mexico across the Atlantic and gives Europe its so-called Mediterranean climate. The warmer temperatures are more similar to the climate of the lower 48 states than Canada’s.

People also tend to keep their mental maps simple by aligning them with the four cardinal directions. So it’s easier for North Americans to think of Europe as due east and South America as due south.

Locations aren’t the only way our mental maps can be wrong; we also have misconceptions about the relative size of things. This may be due in part to the nature of two-dimensional maps. Flattening a three-dimensional globe onto a flat surface isn’t possible without some distortion. This is especially obvious for maps that use certain projections.

While you may have already been aware of Greenland’s extreme exaggeration on some maps, other inconsistencies are more surprising. For example, Brazil isn’t that impressive on many maps, but in reality it’s bigger than the entire contiguous United States and almost as large as Canada. And Alaska, is actually a little smaller than Libya.

Thinking about the world in two-dimensions also distorts our ideas about how to get from one place to another. If you draw a line on a flat map from Washington D.C. to Shanghai, China, the most direct route appears to be due west over the United States and the Pacific Ocean. When looking at a globe instead of a flat map, it makes sense. That’s far and away the shortest way to get there.

The Persistence of Memory

None of these geographic misconceptions would be surprising, but even once we’ve learned the truth, the errors on our mental maps tend to persist. One reason for this may be that our conceptions of the world are basically summaries of the geography. The mental map is a simplification, similar to the the subway map of New York City, he says. The approximation is just more useful and practical.

Our physical experience of the world may come into play as well. it must have something to do with both the limits of our observable perception of space and time, and the fact that we are disrupting that constantly with technology and methods of transportation and things that compress those things and make them nonfactors.

Whatever the reason, these mental map errors are so pervasive and stubborn that even professionals have them. A study of mental world maps found that geographers had the same misconceptions of the relative latitude of cities in North America and Europe as everyone else. Cartographers aren’t immune either.