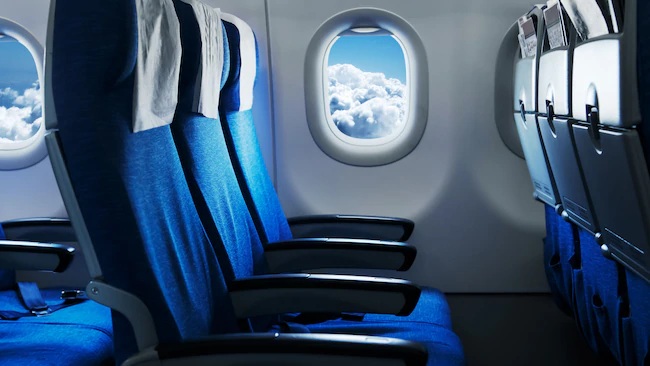 Tipsy passengers and overflowing bins might be some of the most grating annoyances flight attendants deal with. But what can be even worse are the four S’s: stealing, sneaking, swiping and switching seats.

While it’s not always a problem, it can definitely cause headaches for cabin crew.

Most flight attendants don’t mind if passengers change seats. Change seats in their own class, that is. Even then, there are some seats that are still off-limits.

This, of course, all depends on the airline — some companies allow passengers to pick their seat once they start boarding. But in all other situations, passengers looking to sit somewhere else than they’ve been assigned can quickly cause chaos.

Extra legroom aside: Desiring to sit next to friends, family or coworkers is understandable. But swapping seats isn’t always that easy.

Sometimes people will take it upon themselves to just have a seat where they want. It’s easier for flight attendants to have them sit in their assigned seats until the person that was supposed to be in the seat they want shows up. When they come and see someone in their seat, it causes a more hectic boarding process, and the passengers are now trying to work things out and it causes a mess.

But it’s not always about wanting to sit next to your loved one. What about wanting to upgrade from coach to something more luxurious? If there is an empty seat and the upgrade list is empty, does that mean passengers from another section can relocate? Not so fast.

Sandwiched between economy class and either business class or first class is another price range tier often called premium economy class. Sometimes when flying aboard large aircraft on major airlines, there are noticeably different perks of wide, plush seats that transform into comfortable lie-flat beds. Beyond comfort, other bonuses may include early check-in, wider seats, upgraded meals or snacks, and sometimes even gratis cocktails or comfort amenities like a sleep mask or toothbrush. In smaller aircraft that aren’t flying long distances, the most common benefit — and for some travellers, the most obvious — is the added two to five inches of legroom. As always, the magic number depends upon the airline.

If there are any open seats, gate agents usually upgrade frequent flyers before boarding. Who gets the sought-after upgrades? Frequent flyers are the obvious first choice, followed by passengers who may have traded their seat for a voucher and upgrade on a later flight.

In addition to upgrades, there’s a science behind the weight distribution. This important factor is called weight and balance, and depending upon the plane size (especially smaller regional carriers) passengers may be asked to relocate, at least for takeoff.

As for the dream of getting an upgrade? Most flight attendants will attest that first-class is usually full.

All aeroplanes operate in an envelope of stability. To continuously stay in this envelope, from takeoff to touchdown, all weight and its location have to be accounted for. If you were to attach a string to the top of the plane and dangle it, the center-of-gravity (CG) is the point where it is equally balanced. Just like two kids balancing on a see-saw.

Passengers who think their own weight doesn’t make an impact on the flight may be surprised to learn otherwise.

This CG continuously, yet slowly, moves throughout a flight as weight is shifted. Even the movement of a single person walking in the aisle can be felt in the flight controls and very minor adjustments are made to keep the aircraft balanced. The largest loss of weight during any flight will be the fuel that is burned. So there are both a balanced starting point for takeoff and an ending point for landing. If both of these points are within that envelope you will always have a stable aeroplane.

Have you ever noticed the flight attendants counting passengers before departure? Other times, some aircraft have software that intuitively reads distributed weight and compute the numbers electronically for takeoff, while other flight crews have to do it manually.

If you’ve ever been on a puddle jumper and had the pilots relocate passengers to another seat, that means weight needs to be distributed for safety’s sake. The smaller the aeroplane, the more dramatic effect any shift in weight can have. On a large, wide body aeroplane, a single person can move 10 rows of seats and the effect on the balance is negligible. Have that same person move just a few rows on a regional plane or turboprop and the effects are far more dramatic; possibly even exceeding the limits of the envelope.

Thanks to the convenience of technology, some airlines allow passengers to upgrade on the spot with a swipe of a credit card once onboard. Yes, the same little handheld device flight attendants use to charge you for your double gin and tonic has the ability to upgrade passengers right there.

The very best time to switch seats is online before getting to the airport, followed by meeting the ticketing or gate agents prior to boarding. When there are empty seats, it’s tempting to move, but there may be passengers still on their way to the aircraft. Once on the plane, the flight attendant is your final advocate — and it is recommended to stick to the old adage, you catch more flies with honey than vinegar. In other words, request nicely, and you might just score the seat of your dreams. At least in coach.